Your Life, and Your Future, Predicted by Data

Home » Future » Your Life, and Your Future, Predicted by Data 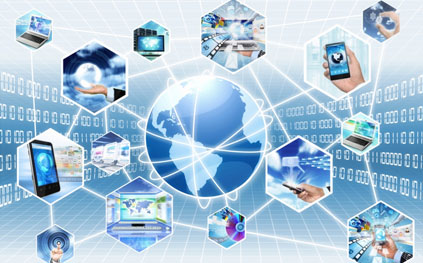 Just a decade ago, it would have been unthinkable to use data to make everyday decisions. Now, such “predictive analytics” are the norm: Simply type a query into Google and it magically suggests what you were searching for. How about those stories you read this morning on your Facebook newsfeed? That’s predictive analytics at work again.

Not a crystal ball, but it works like one

Consider Amazon, the ubiquitous one-click Internet retailer. By plugging into an algorithm such user data as links clicked, wish list items, number of visits to the site and previously purchased items, the retailer can predict buyer activity accurately enough to send items to its warehouses before merchandise has even been purchased.

Amazon is so confident in its predictive algorithms, it’ll put money on them. For example, if there’s a large demand for flip-flops in Florida, the local fulfillment centers might fill up with flip-flops before orders are even placed, allowing for shorter delivery time when a customer finally clicks the purchase button. According to an article by Lance Ulanoff, chief correspondent and editor-at-large of Mashable, it’s all a part of making the shipping process more efficient for the customer, and less costly for Amazon.

Fantasy sports take a similar approach. There are 41.5 million people managing fantasy sports teams, according to the Fantasy Sports Trade Association. The selection of a player for a fantasy team depends on a number of different factors. Participants take into consideration things like historical performance, coaches and a player’s current team. Selecting a player based on one variable just doesn’t give an accurate picture of that player’s value.

Consider when quarterback Alex Smith left the San Francisco 49ers and joined the Kansas City Chiefs. Smith’s productivity (points per game per year) jumped nearly 35 percent — and analytics tells us that this probably isn’t just good luck. It could be because Kansas City uses Andy Reid’s pass-first West Coast offense that better jives with Smith’s abilities. Or, it could even be because Smith operated better in Kansas City’s climate.

Regardless of why, it’s obvious that there are multiple variables, like team strategies and location, which affect performance. Using predictive analytics offers a more robust model that takes multiple variables into account. Instead of leaving it to intuition or chance, an algorithm pulls together dozens of factors to identify which players will be most successful in a given situation.

This data analysis trend is also present in industries like health care. Looking at analytics helps caregivers treat the patient individually – for example, predictive algorithms can help show which patients are at risk for rehospitalization, which patients could benefit from another care episode (services that treat a clinical condition or procedure), and which would benefit from hospice care. My own company, Medalogix, helped reduce readmission rates for one home health care agency by nearly 36 percent in one year with the use of our predictive analytics software. Patients receive the most personalized health care services, which increases care outcomes and quality, while providers reduce expenses.

Another leg on the stool

Predictive analytics, in all of its uses, should be used as a resource to better decision-making.

Consider the decision-making process as a three-legged stool. One leg represents the education and experience that goes into decision-making; the second leg is built upon the instinctual feelings considered throughout the process. Together, those two dimensions of traditional decision-making support the stool, but still don’t keep it from falling over. Analytics is the third dimension – another leg to make it sturdier. Having more information makes for more informed, stronger decisions.

While seemingly complex, predictive analytics makes lives simpler by modeling data into useful insights. By looking at how predictive analytics function in our lives – like speeding up online deliveries or curbing hospital readmissions – the concept quickly becomes more accessible and less intimidating. Adding additional dimensions into decision-making through analytics creates a more robust and complete picture, allowing people and businesses to make the most informed decisions possible.