What Bitcoin Can Teach Us About Education

Home » Future » What Bitcoin Can Teach Us About Education 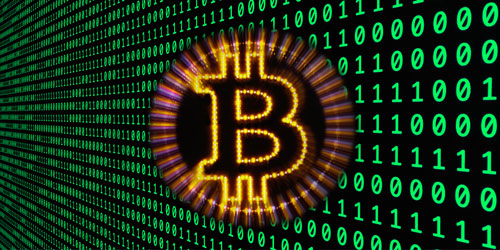 Bitcoin, the digital currency and network protocol, has commanded a great deal of attention lately. Investors have poured money into bitcoin related businesses. Many believe bitcoin has the same disruptive potential today as the internet did in the mid-1990s. So what does bitcoin have to do with education?

First, a bit of background. What is bitcoin?

At its core, bitcoin is a distributed, decentralized, open source network that provides a digital ledger of all bitcoin transactions. This digital ledger is known as the blockchain.

The system also uses advanced cryptography to protect against fraud and confirm authenticity of ownership. The result is a decentralized system in which a centralized institution like a bank no longer is needed to ensure trust between two or more parties wishing to transact. The system itself ensures the trust.Bitcoin is also a digital currency. As both a protocol and currency, bitcoin’s benefit arises from the fact that anytime a bitcoin transaction takes place, the transaction is recorded on the blockchain, which resides in multiple “nodes” around the world. Hence, the ledger is widely distributed and completely decentralized.

As a consequence, the bitcoin system allows people and institutions to transact with each other anywhere in the world instantaneously and essentially free. Imagine a world where banks, credit card companies, and other financial intermediaries are no longer necessary, and you can begin to understand the dramatic impact that a system like bitcoin can have on global commerce and transactions more broadly.

So back to the original question: what does bitcoin have to do with education?

For centuries, universities and schools have been the exclusive domain for knowledge and learning much like banks have been the standard intermediaries for financial transactions. The internet has begun to disrupt this educational monopoly through the widespread and oftentimes free dissemination of learning content.

The great courses of the universities are now increasingly available to anyone anywhere in the form of massive open online courses (MOOCs). Learning content from Khan Academy, for example, has completely democratized access to education in math, sciences, and a growing number of core subject areas.

It’s now possible for anyone anywhere in the world that is connected to the internet (including through a mobile device) to access a rich universe of learning content and “receive” an education once reserved for the privileged few.

Governments, employers, and other interested third parties still look to traditional institutions of education to verify that learning has taken place. Schools and colleges thus play the same centralized, closed system role that banks do in the financial system. Like banks that ensure the validity and authenticity of financial transactions, educational institutions award degrees of completion that “validate” (albeit poorly) that a particular learner has learned a certain skill, competency or body of knowledge.Yet, something big is still missing. And this is where the bitcoin analogy becomes instructive.

Schools thus provide the trust that is needed when an employer hires a new employee or a government seeks to hold institutions accountable for educating its citizens. The question for entrepreneurs looking to truly disrupt education is not how to democratize access to learning content. That nut has already been cracked.

The real question is, like bitcoin, how do we develop an open system for measuring, verifying and credentialing learning, particularly when learning is occurring in increasingly nontraditional ways? To put it differently, how do we break the monopoly that traditional, centralized institutions have over the critical issue of validation and trust?

An effective solution to this problem would supply the needed social proof, sorely missing today, that would validate and give meaning to free and ubiquitous learning content. It would allow self-directed learners to curate their own educational pathways (or have them curated by third parties). And it would provide a universal language for learners to communicate and showcase their skills and for employers and others to be able to understand in a much more transparent and nuanced fashion whether the people they hire possess the skills needed to succeed.