Human exploration of Mars dates back to the beginning of the space age. Our first machine emissariesbuzzed the Red Planet in the 1960s, and the first landers touched down in the next decade. The latest visitors have been rovers and orbiters.

Mars missions, on the ground and overhead, have given us an increasingly detailed understanding of Mars as it is now and how it might have looked earlier in its history. But if we’re to put humans on Mars by the 2030s (or earlier), the next batch of Mars machines need to be more varied in design and capability. Here are a few big ideas in development.

A Drone Glider to Survey the Martian Frontier 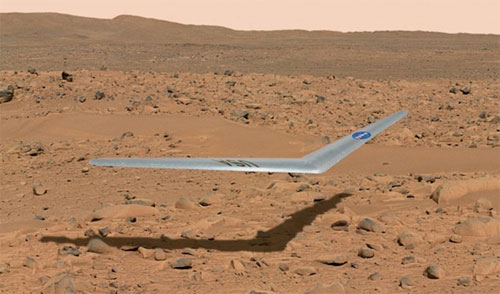 Later this year, NASA will drop a prototype aircraft from an altitude of 100,000 feet where the cold, thin air is a reasonable approximation of the Martian atmosphere. If this and subsequent tests are successful – it may be the first flying machine on Mars.

Called the Preliminary Research Aerodynamic Design to Land on Mars (Prandtl-m), NASA’s concept sketches for its final design make it look like a futuristic boomerang. But Prandtl-m’s flying wing shape is probably its least intriguing feature.

More interesting? The one-pound, 24-inch glider will stow away in the aeroshell of a future rover mission carefully folded into a small rectangular container. Towards the end of the aeroshell’s decent, at about 2,000 feet, Prandtl-m’s container will separate, and the glider will unfold its wings for a 10-minute, 20-mile flight.

The glider’s lightweight design wouldn’t add much to the mission’s cost – but what exactly does NASA hope to gain by sending Prandtl-m to Mars?

According to NASA Armstrong chief scientist and program manager Al Bowers, “The Prandtl-m could overfly some of the proposed landing sites for a future astronaut mission and send back to Earth very detailed high resolution photographic map images that could tell scientists about the suitability of those landing sites.” 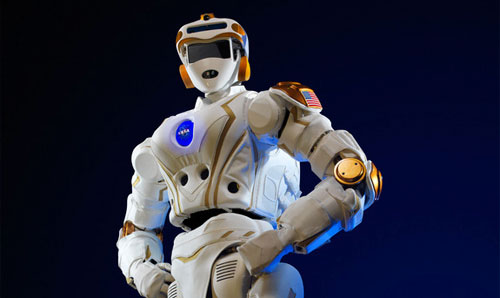 NASA was among the teams at the Darpa Robotics Challenge Trials, and although its humanoid robot, Valkyrie, didn’t make the finals, the exercise planted another seed.

Robots that prove themselves effective in disaster scenarios may also be useful in other hostile environments – like, for example, deep space or on other planets.

And while having one team is well and good, opening a project to the research community and offering a prize? That may accelerate things considerably. So, naturally, NASA is launching a smaller sister contest to the DRC – for space robots.

The long-term goal? Developing humanoid robots, like Valkyrie, that are sufficiently advanced to operate in extreme environments like deep space and Mars.

NASA describes Valkyrie’s potential like this: “While developed specifically for disaster-response tasks, R5 [or Valkyrie] was also envisioned as part of a new category of robots for use in future NASA missions, either as a pre-cursor robot performing mission tasks before humans arrive, or as a human-assistive robot actively collaborating with the human crew.”

What might that look like in practice? We would send the gear we’ll need to survive on Mars ahead of a human mission – including one (or more) Valkyrie robots. The bots could handle some of the tools and components requiring installation. Perhaps they’d set up a garden in the hab and roll out the welcome mat. Once we arrive, they’d stay on as assistants.

If the DRC Finals taught us anything, it’s that humanoid robots haven’t reached that level of capability yet. But they probably aren’t decades out either. As NASA’s preparations for a manned mission to Mars begin in the mid- to late-2020s, humanoid robots are likely to be much more advanced than they are today.

And who knows, maybe the first footprint on Mars won’t be left by a human. 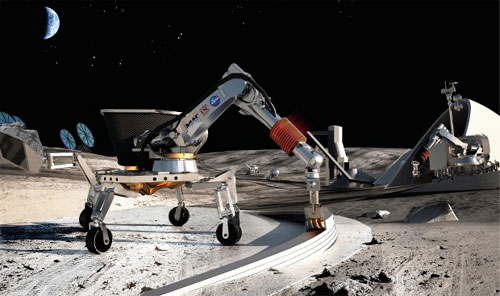 A number of projects are trying to 3D print large structures here on Earth – like, for example, a house, an office building, a bridge. Meanwhile, we just sent the first working 3D printer into space. Might we combine the two ideas?

To explore deep space and other planets, we’ll have to live off the land. A 3D printer sent to the moon or Mars could scoop lunar regolith or Martian soil, mix it up to form building materials, and print infrastructure for future astronauts.

The idea isn’t a new one, but it’s gained a little more steam in recent years.

NASA, for example, recently launched a $2.25 million competition (with America Makes) to figure out how to make 3D printed habitats for deep space exploration and a future human mission to Mars.

After an initial design contest – $50,000 in prizes to be awarded this September – competitors will participate in one of two challenges. The first seeks to develop the technology needed to make structures using local and recyclable materials. The second asks participants to turn such materials into life-size habitats.

To be sure, 3D printing large structures is no easy task.

We continue to experiment with 3D printed infrastructure here on Earth – but to date, it remains an emerging technology. And hostile environments on other planets pose serious challenges we don’t face here on Earth.

Mostly likely, the earliest use of 3D printers in space exploration will be smaller in scale—making tools and replacement parts. Indeed, 3D printing startup Made In Space has already made great progress in that direction. But as we 3D print on larger scales here on Earth, we’ll be able to apply that learning to build machines capable of operating elsewhere in the Solar System too.

Whatever the future holds – and no doubt other technological tools will emerge – as we move beyond pure research and contemplate human expeditions, you can bet robotics and automation will play a big role.