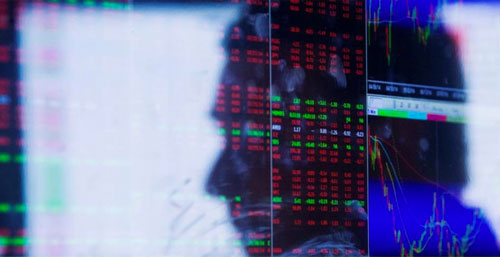 How much is a secret worth? If you’ve got one worth selling, you can now find out via an online service called Darkleaks. Its creators describe it as a market for sensitive information, from WikiLeaks-style disclosures to nude celebrity selfies (see “Darkleaks lets anyone sell secrets for bitcoin“).

The rights and wrongs of such a market will be debated long and hard. But Darkleaks is worth watching for reasons other than the beans it will spill.

One of its most notable features is how it allows buyers and sellers to hide their identities. The key to this is the bitcoin blockchain – two words highly likely to make your eyes glaze over. But they are two words that will be increasingly hard to ignore.

In essence the blockchain is a ledger of all the digital currency’s transactions: every time a bitcoin, or part of one, changes hands, a record is added to the chain. A copy of the blockchain is held by every computer running bitcoin software, making it a reliable and permanent record. It is the most important feature of the system, as it allows the currency to exist without the oversight of a central authority.

Digital currencies may or may not be the future of money. But the blockchain is another matter entirely. Many technology watchers believe it has the potential to transform the economy. Because adding information to the blockchain is easy and cheap, it could supersede all kinds of cumbersome systems for keeping records and registering ownership.

Ambitious coders are already imagining an entire economy built on the blockchain, from allowing you to sell your house without lawyers to riding in a driverless car that owns itself. According to one expert, the development of Darkleaks is “a necessary step” towards this.

Communications technologies often find early adopters in seedy industries: where would the internet be without pornography? Darkleaks may have a similar whiff about it, but it could prove to be a quantum leap for blockchain technology.