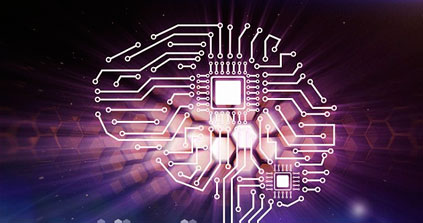 Intelligent people have brains that are wired differently, according to a new Oxford study which suggests ‘smart minds’ are more likely to be happy, well educated and earn more.

A team of scientists led by Oxford University’s Centre for Functional MRI of the Brain studied the connections in the brains of 461 people and compared them with 280 different behavioural and demographic measures that were recorded for the same participants.

The team used data from the Human Connectome Project (HCP). The HCP is pairing up functional MRI scans of 1,200 healthy participants with in-depth data gained from tests and questionnaires. So far, data for 500 subjects have been released to researchers for analysis.

The researchers took the data from 461 of the scans and used it to create an averaged map of the brain’s processes across the participants.

“You can think of it as a population-average map of 200 regions across the brain that are functionally distinct from each other,” said lead author Stephen Smith, from Oxford University.

“Then, we looked at how much all of those regions communicated with each other, in every participant,” he said.

The result is a connectome for every subject – a detailed description of how much those 200 separate brain regions communicate with each other, which can be thought of as a map of the brain’s strongest connections.

The team then added the 280 different behavioural and demographic measures for each subject and performed a ‘canonical correlation analysis’ between the two data sets – a mathematical process that can unearth relationships between the two large sets of complex variables.

They found one strong correlation that relates specific variations in a subject’s connectome with their behavioural and demographic measures.

The correlation shows that those with a connectome at one end of scale score highly on measures typically deemed to be positive, such as vocabulary, memory, life satisfaction, income and years of education.

Meanwhile, those at the other end of the scale were found to exhibit high scores for traits typically considered negative, such as anger, rule-breaking, substance use and poor sleep quality.

The researchers point out that their results resemble what psychologists refer to as the ‘general intelligence g-factor’ – a variable used to summarise a person’s abilities at different cognitive tasks.

The study was published in the journal Nature Neuroscience.