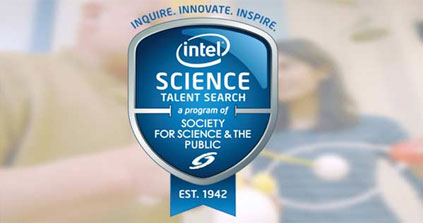 Semiconductor chip maker Intel has been having some problems lately. Revenue is down and the company has even done some layoffs. But things aren’t all bad. In January, Intel committed $300 million to a five-year plan for improving racial and gender diversity in its workforce. Unfortunately, though, high school student enrichment is coming down on the wrong side of the situation. The New York Times broke news Wednesday that Intel isn’t going to fund the prestigious Science Talent Search research competition anymore.

Any U.S. high school senior can submit an independent research project to Science Talent Search. Out of thousands of entries, the competition chooses 300 semifinalists and then 40 finalists. Past finalists and winners, known as “alumni,” have gone on to win eight Nobel Prizes and numerous other accolades. They include researchers like futurist Ray Kurzweil (1965) and even actor Natalie Portman (1998).

The nonprofit that runs the research competition, the Society for Science & the Public in Washington, D.C., confirmed that Intel won’t be the sponsor after 2017. The competition started in 1942 and was sponsored by Westinghouse Electric until 1998, when Intel took over. The Times reports that Intel was spending about $6 million a year on the contest, and the new sponsor will have a similar annual obligation for at least five years.

The budget includes about $1.6 million in prizes for excellence in high school science and math research, including three $150,000 first-place awards. “We are thrilled for the opportunity to welcome a new sponsor as a partner – only the third in the 75-year history of the Science Talent Search,” Society president and CEO Maya Ajmera said in a statement. “They will play an integral role in informing, educating, and inspiring students across the nation, while reaping the benefits associated with this extraordinary competition.”

It’s unclear why exactly Intel is no longer interested in reaping these benefits. TheTimes called it “a puzzling decision,” noting that the sponsorship commitment would have been 0.01 percent of Intel’s $55.6 billion revenue last year. Intel said in a statement to NBC News that it is “proud of the legacy we have helped create around the Science Talent Search in partnership with the Society for Science & the Public.” It did not elaborate on the reasons for its decision, and has not responded to a request from Slate (or other publications) for comment so far.

Craig Barrett, the former Intel CEO who initiated the company’s Science Talent Search sponsorship, told the San Jose Mercury News, “It’s almost like losing your baby to see it disappear. … It’s kind of sad to see Intel drop away. It’ll go on. Somebody else will pick up the sponsorship.”