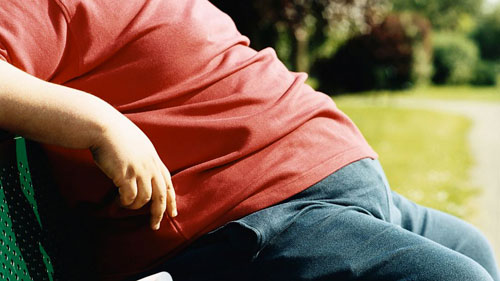 Obesity is determined by both by a person’s environment and their genetics. But until recently, researchers didn’t know exactly what role various regions of our DNA played in determining how human bodies look. Now, researchers have linked multiple new regions of the human genome to body mass index (BMI) and fat distribution, according to twonew studies published in Nature today. And the findings could have a large impact on how we understand obesity — as well as how we define it.

Before we did the study, we knew that about 50 percent of the body mass index — a measure of obesity — is genetic, but we didn’t know exactly the genetic elements that contributed to that,” says Elizabeth Speliotes, a geneticist at the University of Michigan and a co-author of the study that deals with the genetics of BMI. “So basically the aim of our study was to identify some of the genetic components that contribute to obesity.”

More than one-third of adults in the US are obese, according to the CDC. The condition has been linked to health problems such as cancer, stroke, Type 2 diabetes, and heart disease. As a result, obesity cost the country a total of $147 billion in medical fees in 2008 — a burden that scientists think could be lowered if they understood obesity and its genetic origins better.

In both studies, researchers recorded the physical characteristics of over 220,000 study participants of all shapes and sizes. Then, they correlated these data with genetic regions in their DNA. “We found 97 different regions of the genome that are associated with BMI,” Speliotes says — 56 of which were completely novel. The researchers involved in the second study found 33 new genetic regions associated with waist and hip circumference. “Because there are so many new [genetic regions], we can understand the underlying biology,” says Karen Mohlke, a geneticist at the University of North Carolina at Chapel Hill and a co-author of the fat distribution study. “This helped us recognize that the programming behind how fat develops plays a major role in how the body fat is distributed.”

Even though the two studies used similar approaches, the implications of their findings are very different. The genes surrounding the genetic regions identified in the fat distribution study tend to affect fat cell development, blood vessel formation, and metabolic processes, Mohlke says. This means that the regions the researchers identified likely play a role in these processes as well. Mohlke’s team also found that some genetic regions have stronger effects in men than they do in women — a finding that may explain why fat distribution varies between the sexes.

The regions involved in BMI were different than those involved in fat distribution, as many are associated with the nervous system. “That’s interesting; I mean, when we started working on obesity, we didn’t consider this a neuronal process,” Speliotes says. “Most people think of it as a metabolic process.”

The nervous system might therefore play a larger role in determining BMI than we previously thought, although exactly what that role is remains unclear. For now, all Speliotes can say is that “there is a very strong neurological component to people’s BMI predisposition.”

The BMI team also put numbers to the impact of the 97 genetic regions they identified. Speliotes explains this by using an ordinary person as an example. “Take a human of average height,” she says. Each human carries two alleles — a specific region on a chromosome — for each of the 97 BMI-related regions they identified, and these alleles may or may not increase a person’s BMI relative to the average. Now, if that normal-sized individual carries more than 104 BMI-increasing alleles, they will be 20 to 24 pounds heavier on average than someone of similar height carrying less than 78 BMI-increasing alleles — “a medically significant difference,” she says.

The findings in both studies don’t just relate to obese and overweight individuals, however, because everyone has a genetic predisposition to a certain BMI. Looking into the genetic basis for obesity might therefore help researchers uncover how BMI and body fat distribution is determined for everyone — at least as far as the genetic factors go.

There are probably a lot more regions to discover. Speliotes’ team estimates that there may over one thousand additional genetic regions that can affect a person’s BMI. And because both studies looked at mostly white participants, it’s also possible that future studies conducted on non-white populations will uncover additional genetic regions that impact BMI and body fat distribution. Still, Speliotes says that the effects of the genetic regions identified in her study are largely universal. “We did study some African-Americans and Asians, and in fact most of the regions that we find are associated with BMI in [people of European descent] do have an effect on those ancestries as well,” she says. “It may not be every variant all the time — but a lot of them.”

It’s now clear that the source of obesity — and perhaps its classification — can differ widely from person to person. “If people were expecting us to find one gene to cure obesity, that’s just not how this trait works,” Speliotes says. Many different genetic components contribute to the way our bodies look — and that’s without taking environmental factors, such as diet and exercise, into account. Depending on which genetic combinations a person possesses, their BMI may be more regulated by one set of genetic variants than another. Understanding how these combinations work will take a lot more research and time, but studies like these show that we’re getting closer.

“It’s not just you and your bad habits; it’s not fully volitional,” Speliotes says. Some people are more predisposed to have higher BMIs than others. In addition, some patients don’t respond to conventional weight-loss methods, and that may also be tied to their DNA. If researchers can figure out how obesity “works,” they might be able to make drugs that target different forms of obesity with few side-effects.

“Obesity is one of the biggest medical menaces of our time, and it’s very clear to me that we aren’t doing a very good job of helping people with obesity,” Speliotes says. That’s why she thinks we can “do more by trying to understand this and figure out how it works” than by “telling people to exercise and eat less.”