Three searches for the wellsprings of creativity

Home » Future » Three searches for the wellsprings of creativity 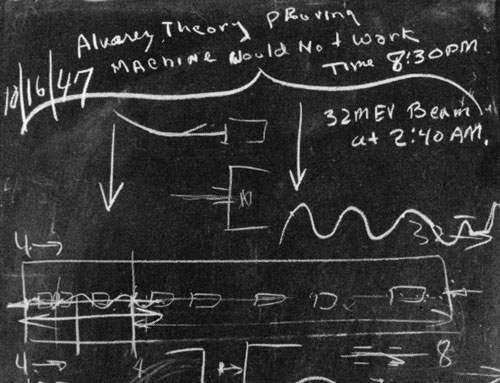 Do you need to be extraordinary? Wealthy and white? Or can anyone be creative? Three books come at the question from different angles

THE secrets of invention and creativity have long puzzled, eluded and fascinated in equal measure. Many scientists, inventors and artists seem to have understood them intuitively, yet few have written coherently and knowledgeably about the details.

In Eureka! Discovering your inner scientist, Chad Orzel entertainingly argues that we are all scientists, with the innate ability to discover and create. And by exploring the work of great scientists he shows how it is done. 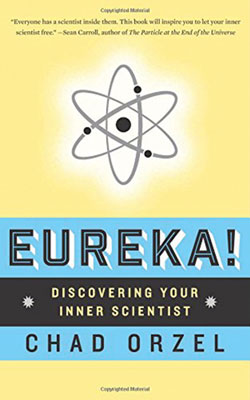 For example, the American physicist Luis Alvarez is widely regarded as one of the most brilliant and creative of the 20th century, not least because of his impact on disciplines beyond his own. Early in his career, Alvarez settled a long-standing argument among astronomers about the nature of cosmic rays: were they photons of high-energy light or charged particles?

He solved this conundrum by inventing a cosmic ray telescope that could determine the direction of the particles. Then he showed that the particles were deflected by Earth’s magnetic field and so must be positively charged.

Alvarez was able to apply cosmic ray telescopes and what he learned from them widely. He used a similar telescope to show that the Pyramid of Khafre in Giza, Egypt had no hidden chambers. And he also proved that the layer of clay laid down 65 million years ago between the Cretaceous and the Tertiary eras contained iridium that must have had an extra-terrestrial origin, most likely from an asteroid impact.

Orzel argues that while Alvarez was brilliant, his productivity did not come from a scattergun approach to science. Instead, he applied a relatively small set of techniques to a wide range of areas. For Orzel, it is the ability to look at and think about different parts of the world in the same way and then test ideas about them that defines scientific creativity.

Further, he believes that we all do this. When we cook, play chess, tell stories and so on, the results of these activities are essentially the scientific process in action. Recognising this everyday aspect gives us a better insight into the nature of creativity.

The story deepens in How To Fly A Horse: The secret history of creation, invention and discovery by Kevin Ashton. He has some personal experience as an inventor, entrepreneur and a pioneer of the next generation of computing (he coined the term “the internet of things”). 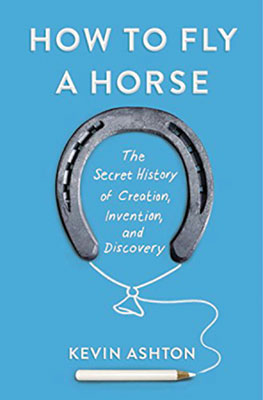 Ashton writes that the process of creativity extends far beyond the individual who finds him or herself at the end of it. It is, rather, a continual process of building in which each step depends crucially on those that went before. The final step in this process is sometimes important but often incidental, claimed by many, or forgotten.

In this vision, the idea of the born genius is anathema. And Ashton rejects the notion that there are a handful of Mozarts, Picassos and Einsteins in every generation, hard-wired with unmatchable creativity.

Instead, he shows that being at the end of a long chain of events is the result of hard work, independent thinking and more than a little luck. That’s not to diminish the process of creativity and invention. Often, that final step is hard to make and requires an extraordinary individual to take the leap, many of which he describes in fascinating detail.

Ashton covers a lot of ground in How to Fly a Horse, revisiting well-known stories but through his own prism of creativity. The result is an engaging, fast-moving read that compels and surprises.

Another myth about creativity and invention is that it is most likely to be found among the wealthy white middle classes. That is an image Joshua Davis sets out to smash in Spare Parts: Four undocumented teenagers, one ugly robot, and the battle for the American dream. It’s the true story of four Mexican-American high-school kids who live in a run-down suburb of Phoenix, Arizona, with barely a legal immigration document between them. 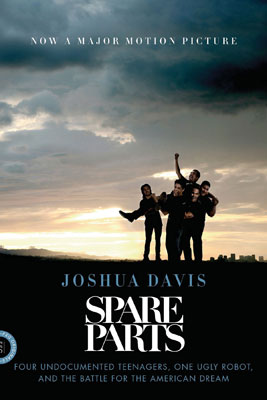 In 2004, they represented their school in a NASA-sponsored underwater robotics competition, taking on schools and colleges from all over the US, including a team from the Massachusetts Institute of Technology sponsored by ExxonMobil. Their story shows the importance of hard work, invention and inspiration in equal parts, and still manages a kick in the tail.

Davis first reported on this in Wired magazine in 2005, and the book-length version will coincide with the release in January of a movie based on the story. It’s the American dream in action.