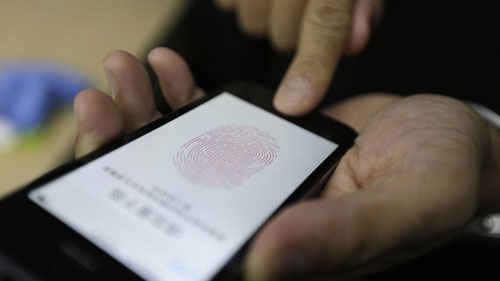 For the first time ever, the Consumer Electronic Show has a small section of the floor entirely devoted to “personal privacy.” Even the long wake of the NSA revelations, tech companies are continually pushing users to become more connected, to share more and more of the data. In response, an emerging market of personal privacy products is there to assuage users’ growing concerns.

In one corner, a small village of booths houses companies hawking private internet access services, fingerprint-locking passport holders, bitcoin wallets, and RFID-signal-blocking clutches. This was the first time many of these vendors had ever been to CES, and some of them didn’t even exist a year ago.

“As a society, we’ve overlooked the fact that we’re a little bit too connected. There’s a lot of vulnerability there that is easily protected,” said Aaron Zar, the 31-year-old CEO and founder of Silent Pocket. Zar and his father make wallets infused with a foil-like material that block all signals from going in or out, including wifi, RFID, cellular, Bluetooth, and GPS. Users drop their smartphone, credit cards, passports, and anything else they don’t want broadcasting or receiving signals into the leather wallets and can go completely off the grid until they take it back out.

“People value their privacy—that’s what the US was founded on—and there’s no need to lose sight of that,” Zar said. “I love technology. I’m all about progress and wearables and everything, but why not have something in your daily life that allows you to disconnect for whatever reason: privacy, security, your lifestyle, whatever.”

Zar and others I spoke to stressed that their products aren’t about people being paranoid and fearful, but just aware of what information they’re broadcasting and whether or not they want that information public at all times.

Aside from privacy, consumers are also concerned about identity theft. It has, of course, become increasingly easy for hackers to get credit card information through your pants pock​et or gain access to your online bank account. So, companies are aiming to offer lay users more and better easy-to-use encryption services.

Silent Pocket will be launching a Kickstarter later this year to try to get their more high-end wallets, Notch, off the ground. Photo: Kaleigh Rogers/Motherboard

In the booth next to Silent Pocket, I found the iWallet and iPassport: solid containers that uses a biometric fingerprint lock, alert the user if they’ve left their wallet behind, and also block out all signals. Around the corner, Private Internet Access was selling virtual private networks. While some people might use them to, say, su​rreptitiously access Netflix UK, PIA marketing specialist Joseph Craig told me most of their customers just want some security.

“It’s a way to avoid being hacked. Especially when you access public wifi. If you’re at Starbucks, it’s so easy,” Craig said. “This allows you to get around that.”

Newcomers Vysk won a CEA innovation award for their bulky, intimidating phone case and accompanying subscription service that encrypts texts, emails, photos, and even places phone calls without going through a service carrier.

“The level of awareness is raising. It’s going to take a little bit more time here in the states because the first reaction is ‘I have nothing to hide.’ I don’t either, but if when I go into my home and I’m watching TV at night, I pull the shades. I don’t want people to watch me,” said Lisa Shaw, Vysk’s vice president of marketing.

“You have to use technology to fight technology.”