In the Brain, Silent Reading Is the Same As Talking to Yourself

Home » Future » In the Brain, Silent Reading Is the Same As Talking to Yourself 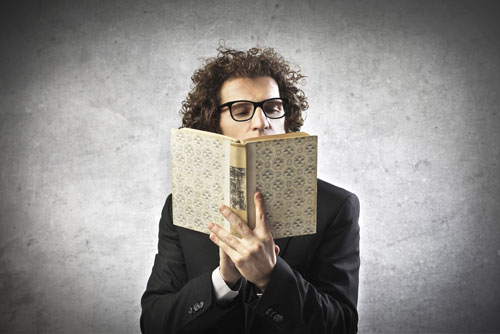 It’s a well-known fact that kids learn to read by speaking words aloud, and only later are they able to channel that brain activity into a silent internal monologue. But in terms of what goes on in our brains when we read silently, not much has been known.

Now a group of Italian researchers have discovered that our brain carries over the same tactics from reading aloud to read silently. As you read this article, your brain is behaving as if you’re speaking the words aloud to yourself — a discovery that highlights the important role sound plays in language.

The Sound of Silence

In order to get access to the inner workings of the brain, researchers recruited 12 men and 4 women who were set to undergo surgery for malignant brain tumors. During neurosurgery, researchers attached electrodes to each participant’s Broca’s area — the part of the brain responsible for speech production — to monitor its activity during a series of tests. Participants were fully conscious during the tests, and surgery was performed using local anesthesia.

Researchers published the results of their study Monday in Proceedings of the National Academy of Sciences.

The authors suggest that this knowledge could be useful, for instance, in designing new strategies for treating people with language disorders such as aphasia, which is caused by damage to the brain’s language areas.

At a more foundational level, the results underscore the fundamental role sound plays in the formulation of language. As the authors write: “Our results suggest that in normal hearing people, sound representation is at the heart of language and not simply a vehicle for expressing some otherwise mysterious symbolic activity of our brain.” Something to think about next time you participate in the brain wizardry that is silently reading an article to yourself.