How your brain links people and places

Home » Future » How your brain links people and places 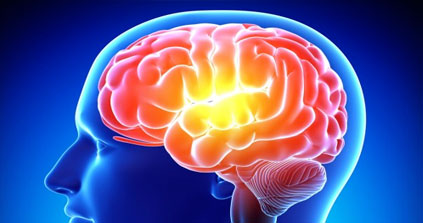 What do Clint Eastwood and the Leaning Tower of Pisa have in common? Not much, as far as your brain is concerned. But take a look at a picture of the famous actor and landmark together, and your brain will link the two, thanks to neurons that rapidly encode associations between people and places, according to a new study. The discovery is a “first step” toward understanding how the brain encodes complex, movielike memories of past events, says study author Itzhak Fried, a neuroscientist at the University of California, Los Angeles.

About 10 years ago, Fried and colleagues discovered a bizarre phenomenon. While probing a deep brain region called the medial temporal lobe (MTL) in people with epilepsy, who had part of their skulls temporarily removed so physicians could pinpoint the source of their seizures, they discovered a single neuron that started to fire like crazy whenever the patient saw a photograph of actress Jennifer Aniston. The team went on to show that other individual neurons in the same region – which includes the hippocampus, a structure long known to be vital to memory processing – responded to different celebrities, such as Julia Roberts and Halle Berry, and even specific events in 5-second clips from The Simpsons.

The now-famous “Jennifer Aniston” neuron supports a widely held hypothesis that specific brain cells in this region encode discrete representations of places, people, and objects. These neurons have an “amazing” property, called invariance, which sensitizes them not just to one image of their “preferred” stimulus, but to many different versions, Fried explains. In his 2005 experiments, for example, the Aniston neuron responded to images of the actress in any outfit and with any haircut. The only image the cell did not respond to, oddly enough, was of the actress holding hands with Brad Pitt. It’s not that just one cell responds to Aniston’s image, Fried emphasizes. Thousands, if not millions, of other cells in the brain may also be sensitive to the actress. But the cells are so sparsely distributed in the region that researchers only pick up one or several at a time, he says.

How such neurons contribute to the seamless, movielike recollections of past events – called episodic memories – is still largely unknown, however. So in the new study, Fried and colleagues showed 14 people undergoing exploratory surgery for epilepsy 100 to 200 randomly ordered images, including pictures of their loved ones, celebrities such as Clint Eastwood, and volleyball player Kerri Walsh, as well as landmarks such as the Eiffel Tower, the White House, and the Hollywood sign in Los Angeles. Each patient already had electrodes sunk deep into their MTL to detect aberrant electrical activity, and scientists used the wires to listen for cells that fired up in response to different images.

Of the roughly 600 neurons the team recorded in each patient, between 2 and 28 cells fired vigorously in response to at least one image. Next, the researchers presented participants with digitally altered photographs in which a neuron’s “preferred” image, such as a photo of Clint Eastwood, was superimposed on a background the neuron had ignored in a previous trial, such as the Leaning Tower of Pisa. In a series of memory tasks, the participants were asked to match pairs of separate images based on the doctored composites. If they’d seen the Eastwood composite, for example, their task might be to pair a photo of Eastwood with a separate photo of the tower.

Even after one exposure to the composites, neurons that had previously fired exclusively in response to one picture – like that of Eastwood – significantly increased their firing rate when exposed to the image with which it had been combined – in one case, by 230%, Fried and colleagues report today in the journal Neuron. The fact that an individual neuron can adapt its firing rate so quickly could help explain how large, dynamic neuronal networks form complicated memories of past events, Fried says.

The findings are “very consistent with results from a number of animal studies” that show rapid changes in hippocampal neural activity during learning, says Loren Frank, a neuroscientist at the University of California, San Francisco, who was not involved in the study. “This is indeed the sort of thing that has to happen” in the brain to store memories of once-in-a-lifetime events, he says.

Fried hopes the new study will contribute to efforts to restore memory in people suffering from traumatic brain injury or Alzheimer’s disease, such as an ambitious Defense Administration Research Project Agency (DARPA)-funded initiative aimed at restoring memory function in neurological patients in which his lab is participating. Many scientists have expressed skepticism about the DARPA project, and Fried notes that bridging the gap between basic research on simple associations and clinical memory treatments is “a formidable challenge.” Such projects, he says, “should avoid the pitfalls of unrealistic expectations for early ‘big wins.’ ”