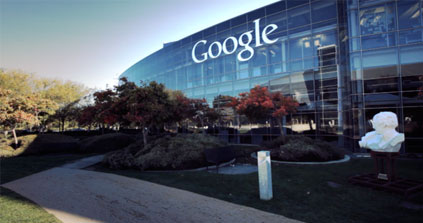 Google is continuing its expansion into every corner of human life. The search giant today announced the creation of Sidewalk Labs, a new and independent company that Google CEO Larry Page says will focus on improving city living for everyone by developing new technologies to deal with urban issues like cost of living, transportation, and energy usage. The new company, based in New York, will be headed by headed by Dan Doctoroff, formerly New York Deputy Mayor of Economic Development and Bloomberg CEO.

Page did not specify exactly how the new company plans to change city living for the better, but said that Sidewalk Labs, will build, buy, and invest in technologies in order to achieve its goals. In its announcement press release, the company said that “while there are apps to tell people about traffic conditions, or the prices of available apartments,” the biggest challenges facing cities – “such as making transportation more efficient, lowering the cost of living, reducing energy usage, and helping government operate more efficiently” – have so far been left unaddressed by technology.

In his Google+ post, Page compared the new venture to Google X, the firm’s experimental research wing, and Calico, the Google investment that focuses on extending human lifespans. Like Sidewalk Labs, both are blue-sky projects that Google says incorporate what the company has previously termed “moonshot thinking,” using its vast resources to trial wild projects that could enable a more efficient existence for humanity. As shown by Calico and schemes such as Google X’s internet-providing Project Loon, the company is focused on investing in a better future – but for now, Sidewalk Labs’ vague language reminds us that even Google isn’t yet sure how to get there.