Exclusive - The FAA: regulating business on the moon

Home » Future » Exclusive – The FAA: regulating business on the moon 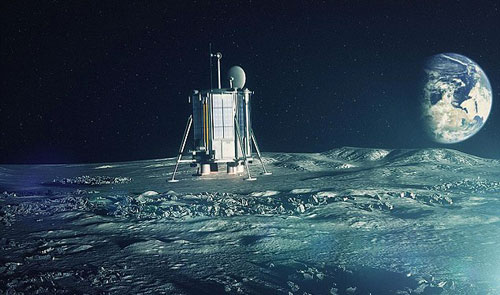 The United States government has taken a new, though preliminary, step to encourage commercial development of the moon.

According to documents obtained by Reuters, U.S. companies can stake claims to lunar territory through an existing licensing process for space launches.

The Federal Aviation Administration, in a previously undisclosed late-December letter to Bigelow Aerospace, said the agency intends to “leverage the FAA’s existing launch licensing authority to encourage private sector investments in space systems by ensuring that commercial activities can be conducted on a non-interference basis.”

In other words, experts said, Bigelow could set up one of its proposed inflatable habitats on the moon, and expect to have exclusive rights to that territory – as well as related areas that might be tapped for mining, exploration and other activities.

However, the FAA letter noted a concern flagged by the U.S. State Department that “the national regulatory framework, in its present form, is ill-equipped to enable the U.S. government to fulfill its obligations” under a 1967 United Nations treaty, which, in part, governs activities on the moon.

The United Nations Outer Space treaty, in part, requires countries to authorize and supervise activities of non-government entities that are operating in space, including the moon. It also bans nuclear weapons in space, prohibits national claims to celestial bodies and stipulates that space exploration and development should benefit all countries.

“We didn’t give (Bigelow Aerospace) a license to land on the moon. We’re talking about a payload review that would potentially be part of a future launch license request. But it served a purpose of documenting a serious proposal for a U.S. company to engage in this activity that has high-level policy implications,” said the FAA letter’s author, George Nield, associate administrator for the FAA’s Office of Commercial Transportation.

“We recognize the private sector’s need to protect its assets and personnel on the moon or on other celestial bodies,” the FAA wrote in the December letter to Bigelow Aerospace. The company, based in Nevada, is developing the inflatable space habitats. Bigelow requested the policy statement from the FAA, which oversees commercial space transportation in the U.S.

The letter was coordinated with U.S. departments of State, Defense, Commerce, as well as NASA and other agencies involved in space operations. It expands the FAA’s scope from launch licensing to U.S. companies’ planned activities on the moon, a region currently governed only by the nearly 50-year old UN space treaty.

But the letter also points to more legal and diplomatic work that will have to be done to govern potential commercial development of the moon or other extraterrestrial bodies.

Among the pending issues is lunar property and mineral rights, a topic that was discussed and tabled in the 1970s in a sister UN proposal called the Moon Treaty. It was signed by just nine countries, including France, but not the United States.

“It is important to remember that many space-faring nations have national companies that engage in commercial space activities. They will definitely want to be part of the rule making process,” said Joanne Gabrynowicz, a professor of space law at University of Mississippi .

Bigelow Aerospace is expected to begin testing a space habitat aboard the International Space Station this year. The company intends to then operate free-flying orbital outposts for paying customers, including government agencies, research organizations, businesses and even tourists. That would be followed by a series of bases on the moon beginning around 2025, a project estimated to cost about $12 billion.

Company founder Robert Bigelow said he intends to invest $300 million of his own funds, about $2.5 billion in hardware and services from Bigelow Aerospace and raise the rest from private investors.

The FAA’s decision “doesn’t mean that there’s ownership of the moon,” Bigelow told Reuters. “It just means that somebody else isn’t licensed to land on top of you or land on top of where exploration and prospecting activities are going on, which may be quite a distance from the lunar station.”

Other companies could soon be testing rights to own what they bring back from the moon. Moon Express, another aspiring lunar transportation company, and also an XPrize contender, intends to return moon dust or rocks on its third mission.

“The company does not see anything, including the Outer Space Treaty, as being a barrier to our initial operations on the moon,” said Moon Express co-founder and president Bob Richards. That includes “the right to bring stuff off the moon and call it ours.”