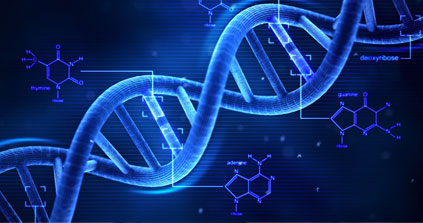 When salmon, salamanders or other aquatic animals poop or shed skin cells, they leave behind traces of their DNA in the water, like clues left behind at a crime scene.

It’s this evidence that Kit Paulsen is seeking as she wades into an urban creek east of Seattle and fills a 4-liter jug with water. In a few minutes, she has a sample that will reveal whether a tiny destructive New Zealand mudsnail is present in the salmon-bearing stream.

At one-eighth of an inch, the snails are incredibly hard to find. That’s why scientists are turning to environmental DNA, or eDNA, an emerging surveillance tool that detects the presence of an organism by analyzing cellular material such as urine, hair, feathers or skin cells that are left behind in the environment.

Whether it’s Asian carp in Chicago-area waters, salamanders in Kentucky or great crested newts in the United Kingdom, biologists are using the tool to help look for reclusive or rare imperiled species, monitor unwanted creatures or gauge the overall biodiversity of a lake or stream.

“We’re starting to realize its potential,” said Caren Goldberg, an assistant professor at Washington State University who is managing editor of a special issue on environmental DNA in the journal Biological Conservation. Her lab in Pullman, Washington, will analyze samples that Paulsen and her team collects.

Paulsen, the city of Bellevue’s watershed planning supervisor, consulted with Goldberg after hearing about the method, and this spring, the city plans to test samples from 22 urban streams and eight beaches.

Bellevue has invested so much time and millions in salmon habitat and restoration that it can’t afford to let the invasive snails take hold, Paulsen said. The snails multiply rapidly, compete with native fish for food and can’t be eliminated once they infest a stream.

Using eDNA is cheaper and quicker than visual surveys, Paulsen said, though it’s not meant to replace it. At about $50 a test, including equipment and lab costs, the total cost of $12,500 is less than what it would take if employees walked those streams turning over rocks, she said.

Environmental DNA has been used for about a decade to detect microorganisms in soils and sediments. More recently, it’s been used to monitor endangered Chinook salmon in Washington state, secretive amphibians in Idaho, and protected eastern hellbenders in Ohio and Kentucky.

In one study, scientists found that eDNA was more effective than traditional methods, such as visual searches for eggs, in detecting imperiled great crested newts in the United Kingdom. They concluded it could be used effectively for a national citizen-monitoring program.

Environmental DNA, however, won’t tell scientists exactly how many animals are there, only that they’re present, or whether the animal is alive or dead. Material also typically breaks down in the environment in a week or two. And like any test, there’s a possibility for false positives if certain collection or other protocols aren’t followed.

In northeastern Washington, the Confederated Tribes of the Colville Reservation had been looking for affordable ways to monitor efforts to reintroduce spring Chinook in the Upper Columbia River.

Spring is a difficult time to detect the fish because of high runoff, and it’s also hard to get out into backcountry areas, said Matthew Laramie, a U.S. Geological Survey ecologist in Boise, Idaho.

Laramie said it likely won’t replace fish counts, “but it’s a way to weed through a large system and prioritize resources.”

Back in Bellevue, Paulsen and another worker collected water samples and brought them back to a lab where they poured them through a filter. Any genetic material is captured on the filter, which is then shipped to Goldberg’s lab.

Based on the results, city officials will decide how aggressive it needs to be in requiring people to decontaminate boots and other gear at construction projects near streams this summer.

“The more tools we have, the better,” Paulsen said. “They’re so small I’m not sure I can detect them at low levels.”