Apple tool could transform how doctors gather your data 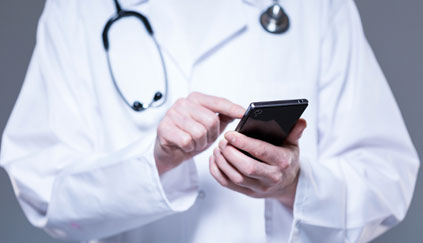 Apple’s new iPhone platform could enable doctors to dramatically increase the amount of health data they can gather on patients, the company says.

The company revealed the platform, called ResearchKit, today at a talk at Apple’s headquarters in Cupertino, California. ResearchKit allows doctors to develop their own apps to gather data on people’s health conditions, from asthma to Parkinson’s disease. The new system also makes it easy for medical researchers to enroll patients in clinical trials, a typically expensive and slow process.

So far, doctors have developed apps on this platform to study Parkinson’s disease, blood sugar variability, asthma triggers, breast cancer recovery and cardiovascular health. But because the development platform is open source, meaning that anyone who wants to develop an app can do so, many more clinical trial apps could soon follow, said Dr. Michael McConnell, a cardiovascular medicine professor at Stanford University School of Medicine.

The system also gives patients the ability to see their own data, which usually isn’t possible with traditional medical trials, Apple said in its presentation.

Almost all of the medical knowledge that researchers have comes from clinical trials, in which doctors systematically study the effects of medicine, activities and lifestyle factors on human health. But running such trials is an expensive, slow and difficult process, McConnell said.

“You have to recruit a large number of people, and to have a broad, representative population in a clinical trial is challenging,” McConnell told Live Science.

Another problem is that doctors often use a limited amount of data to analyze risk factors or diagnose disease. For instance, in cardiovascular health, researchers rely on people’s self-reports of how much they exercise, a notoriously inaccurate measure, McConnell said.

And doctors may do just one test — evaluating a person’s gait on a scale of 0 to 4 — when diagnosing Parkinson’s disease, said Apple Senior Vice President of Operations Jeff Williams.

By contrast, new phone apps can gather and analyze a wealth of data, and provide it to users in real time. For instance, a Parkinson’s app called mPower allows patients with Parkinson’s to track things like vocal tremors, hand tremors and gait problems using a phone’s built-in microphone, accelerometers and gyroscopes.

Another app, called GlucoSuccess, tracks data such as food intake, medication and physical activity to see how all those factors affect blood sugar levels in those with diabetes. And MyHeart Counts will track how people’s activity levels throughout the day correlate to their heart disease risk factors, such as blood pressure and cholesterol levels. The app will also test different coaching interventions to see whether certain methods are better at getting people up, moving and living healthier lifestyles, McConnell said.

All of the data is anonymized and sent to a secure server; Apple never sees the information, the company says. In addition, users can opt to allow their data to be used in just one clinical trial, or to also allow future researchers to have access to the data, raising the possibility that trials looking at other medical questions down the line could use the same data, McConnell said.

Right now, the system relies on users to manually input much of their data, such as their cholesterol levels, rather than gathering it directly from testing labs or medical records.

“At this stage, we are trusting a broad range of users to input their data, so it will be more and more real-world data, but it will be noisier data,” McConnell told Live Science.

However, ResearchKit is integrated with Apple’s HealthKit platform, which allows programmers to make apps that share data with Apple’s Health app and with other apps systematically. And the fact that ResearchKit open source means that as technology improves, future iterations of apps could integrate measurements such as blood tests and blood pressure, McConnell said.