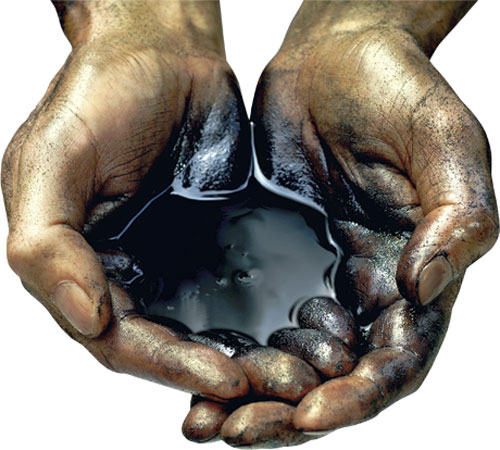 Another holiday in the near future. Your family is on a road trip, and after several hours, it’s time to fill up. Oil and coal are in short supply, and foreign superpowers are in control of the existing resources. But you’re not worried. There’s plenty of fuel, made from household waste, the same as the stuff you threw out before you left.

The scenario, in which the Earth’s fossil resources do not meet the needs of mankind, is only 40 years away, according to some models. But scientists need not look far for a solution. Nature is full of energy, generated by the green machines of our planet. Enzymes convert household waste into energy. Underground heat and pressure produce crude oil. And plant photosynthesis, powered by the sun, can extract fuels directly from the air. Scientists just need to find out how to do it.

We demand a lot from the successor of oil, as petrol and diesel have great advantages. The fuels are easy to handle and boast high energy density. Pour 30 litres of petrol into your fuel tank, and – with the right engine – they will take you 600 km.
But alternatives exist. For years, scientists have known how to produce fuel from wheat, sugar canes, and corn. In Brazil, the government started to develop an alternative fuel infrastructure back in the 1970s. Today, more than 90 % of all new cars are fully or partly fuelled by ethanol made from sugar canes. But for ethical reasons, most scientists would rather not use potential food to produce fuel.
Consequently, they have started to take an interest in another abundant human resource: waste.

Global agriculture and forestry produce approximately 140 billion tonnes of waste products a year, according to the UN. Add to this the waste from cities, in which an average citizen produces 1.2 kg of waste a day, according to the World Bank. If treated in the right way, one of our major burdens could be the salvation of motorists. Nature commands an army of enzymes, which are able to consume our waste, be it ears of corn or empty milk cartons. In the process, energy is generated, and scientists are thus trying to find the enzymes, which can turn our rubbish bins into fuel pumps.
In cooperation with the DONG Energy energy company, Danish scientists have developed a pilot plant, which copies the biological breakdown process, that goes on in nature. When the enzymes attack the waste, the end product is a brownish liquid, which contains so much energy that it can be refined into fuel over time. Since 2009, the test plant has processed one tonne of waste per hour and proves that enzymes can compete with roughnecks and oil fields.

Even plastic can become oil

According to Senior Engineer Michael Skov Johansen, a commercial plant will probably be in operation within three years. The plant will be able to handle all household waste from a big city and convert most of it into fuel.
The input is waste of all sorts, which makes the method simple. Nevertheless, there will be things which the enzymes cannot handle – typically metals and plastic. But earlier this year, a South African company introduced a technology which can convert even plastic into crude oil, and the metals are easy to reuse, so 100 % recycling could be within reach.

It’s just a question of time

In nature, where the biological breakdown is not disturbed by engineers and chemists, organic waste such as algae, collapsed trees, and dead animals are left to themselves, and after millions of years, they have turned into oil, gas, and coal captured deep in the ground. The process is a tough one, but nature can convert almost anything into pure energy.

So what if we did not have to wait for millions of years? What if we were able to produce oil from our waste right now? Another Danish team of scientists has managed to do this. In a test plant at the Aalborg University, scientists have copied natural oil production on a small scale. One of the main elements of the so-called HTL (Hydrothermal Liquefaction) process is water, which is otherwise a byproduct of biomass treatment. By heating the water to 400 degrees and increasing the pressure to 250-350 ATM (corresponding to the pressure nearly 3 km below the ocean surface), the liquid enters a supercritical state.
Under such conditions, the water becomes extremely reactive and is converted into a strong dissolving agent. Straw, wood, and rice and oil seed husk, which are otherwise not dissolved, will be dissolved. The reactor can break down almost any type of biomass. And it does it so efficiently that the mass is split into very small chemical building blocks like carbon and hydrogen. Compared to other types of breakdown, the crude oil becomes homogenous in this case, no matter what type of biomass the reactor is fed, and up to 90 % of the energy is utilised. The bio crude oil can be processed in a refinery, and the end products are for instance petrol and diesel.
So far, scientists have aimed to control the process, so the oil production in the small reactor is modest – 1-2 litres per hour. The head of the plant, Professor Lasse Rosendahl, does however expect that the next step will be a demo plant, which will produce 48,000 litres of crude oil a day.

Extracting fuel from the air

But even waste is an ultimately limited resource, so scientists ultimately dream of producing fuel from the air. It sounds like pure science fiction, but a glance out of the window demonstrates what to do.
Natural photosynthesis produces all the energy which makes our planet habitable. Plants utilise sunlight to produce oxygen and sugar, and if scientists are able to copy them, we will have cheap energy forever. Scientists can “build” fuel from the chemical compounds of photosynthesis. And the energy will even be environmentally friendly, as artificial photosynthesis will utilise the CO2, which is already contained in the air, and the only “waste product” will be oxygen.

Unfortunately we’ve discovered it’s very difficult to copy nature. The majority of the processes, which are involved in natural photosynthesis, can be recreated in the lab, but so far, the energy output is very modest.
The scientists who have achieved the most are a team from the Lawrence Berkeley National Laboratory in the US. In May, they published their preliminary results. The scientists have built a nano-version of a forest, in which microscopic structures split water into oxygen, hydrogen ions, and electrons, just like in plants. The electrons and the hydrogen subsequently convert the CO2 into hydrocarbon, which is what scientists are after, as hydrocarbons are the building blocks of our fuels.
But so far, the outcome has been nothing to write home about, as only 0.12 % of the sunlight is turned into energy. If the same were true for crude oil, we would get 1 litre of fuel per 834 litres of crude oil.
One big challenge consists in finding the right catalysts. Nature uses manganese, but that is not necessarily the most efficient, according to scientists. Even plants do not utilize more than 2-5% of the solar energy that hits their leaves. With the right catalyst, artificial photosynthesis could become much more efficient.

The head of research, Peidong Yang, is sure that the team will soon manage to multiply the production. If so, the perspectives are promising. In just one hour, Earth receives enough energy from the Sun to cover our needs for a whole year.
However, most experts agree that commercialisation is well into the future. But until then, the more earth-bound alternatives are ready to take over, so the world does not stop the day the oil supplies run out.