What about Earth’s Microbiome?

Home » Future » What about Earth’s Microbiome? 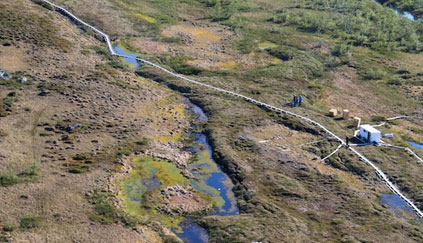 The latest temperature readings from Antarctica are giving the world pause, along with the finding that 70 percent of the western Antarctic ice shelf has melted. As Earth day approaches, discussions around climate change tend to focus on rising temperatures and sea levels, stronger storms and disruption of agriculture. But one key player has been missing from this conversation: earth’s microbes.

We keep seeing news items related to the human microbiome. That is, the trillions of microorganisms living in our gut and on our bodies that are essential to our health and wellbeing, but which are threatened by modern life. Our planet also has a microbiome, a quadrillion quadrillion microorganisms living in Earth’s crust and waterways, which is analogous in terms of keeping our planet healthy—and it is similarly threatened by human activity.

These microorganisms created just the right conditions on the planet to support higher forms of life, and eventually humans. Early planet Earth had zero oxygen and 98 percent carbon dioxide. Our breathable air came about because microbes invented photosynthesis almost four billion years ago, which ate up most of the carbon dioxide and led to the production of oxygen. By the time humans came on the scene, Earth’s atmosphere had 21 percent oxygen and 0.03 percent carbon dioxide.

Most of us didn’t learn this in school biology. Maybe we put together one of those 24 hour timelines, beginning with the Big Bang and ending with humans. Science education often glosses over the role of microorganisms in making life as we know it on Earth possible, but we would not be here without millennia of microbially-driven changes.

Yet human creativity and ingenuity in modifying the world around us has imposed changes in an exceptionally short period of time. We have wrested control from the microbes.

It took Earth’s microbiome 4 billion years to slowly turn the carbon dioxide-oxygen ratio around; in the last 150 years, humans have increased the amount of carbon dioxide in the atmosphere, from 0.03 to 0.04 perecent. This change has happened 2,700 times faster than what occurred in the previous 4 billion years.

The scientific community and others concerned are wondering how our planet will respond to this change. But how will Earth’s microbiome respond? After all, microbes have no vested interest in the status quo. The best conditions for some of these microbes may be very different from those that favor human health and welfare.

A good example is the acid mine drainage that results from mining. When we dig past the top layer of soil and vegetation, oxygen penetrates the sulfide-containing coal or metal rich ores beneath the surface. This awakens and feeds dormant microbes that oxidize iron and sulfur deposits that coexist with coal and metals. In the process, the microbes make acid, which leaches into the soil and ultimately the waterways.

Normally, these microbes are small in number, and they are protected from oxygen by topsoil and vegetation. Mining strips that away, allowing the acid-producing microbes to thrive and bloom. Acid mine drainage has threatened over 12,000 milesof streams and waterways in the United States alone. Around $1 million is spent per day treating it. Once this process has started, it is very difficult to stop, and treatment must go on in perpetuity.

Everything we do, from mining to burning of fossil fuels to large-scale agriculture changes Earth’s microbiome. And scientists barely understand how we are currently affecting it. We don’t know, for instance, how microbial changes will impact our ability to grow plants and livestock – i.e., the food we eat. We don’t know how a warming climate will change patterns of survival of microbes that cause infectious disease. We are just beginning to realize that extensive warming of permafrost soils may release a treasure trove of heretofore frozen food for microbes, increasing carbon dioxide emissions and climate warming to even greater rates than currently exist. Understanding Earth’s microbiome is a challenge that rivals going to the moon or developing cures for cancer.

As our grandmothers probably told us, an ounce of prevention is worth a pound of cure. We need to take up the gauntlet once again and renew our investment in science and research to meet the challenges posed by climate change, beginning with understanding Earth’s microbiome.