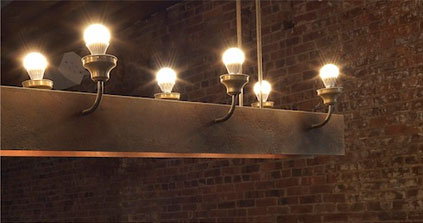 Making LED light bulbs give off less blue light might help protect people from insect-borne diseases, according to a scientist who specializes in the environmental effects of artificial light.

The scientist, Travis Longcore, a professor of spatial sciences at the University of Southern California, is working with Royal Philips, a Dutch electronics company, to develop bulbs less attractive to insects.

He took experimental Philips LED bulbs whose mix of red, blue, green and white could be “tuned” and tested them against off-the-shelf LEDs and compact fluorescent bulbs – all suspended at night over traps of soapy water in the Santa Monica Mountains.

Dr. Longcore’s study, published in Philosophical Transactions of the Royal Society B in March, showed that the fluorescents attracted by far the most bugs, and the tunable LEDs could be adjusted to attract about 20 percent fewer than standard LEDs did. LEDs, which use even less power than fluorescents and last even longer, are still relatively expensive. But prices are falling rapidly, and they will presumably become popular in poor countries, just as fluorescents replaced power-hogging incandescent bulbs.

Mosquitoes, sandflies and the kissing bugs that transmit malaria, leishmaniasis, Chagas and other diseases are attracted to the blue wavelengths of the oldest and cheapest LED bulbs, which were created by putting a phosphor coating on a blue diode, Dr. Longcore said. (Fluorescents also emit violet and ultraviolet, which are even more attractive, he added.)

Because many humans find bluish LED light “cold” and unflattering, the electronics industry is developing “warmer” bulbs more like incandescents.

The ideal, Dr. Longcore said, would be “an energy-efficient bulb that has a comfortable color temperature and minimizes insect attraction, solving all of these problems together.”