Get ready for rare supermoon eclipse this month

Home » Future » Get ready for rare supermoon eclipse this month 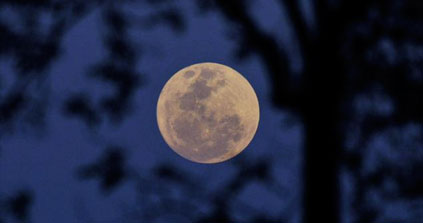 For the first time in more than 30 years, people in most parts of the world will witness a supermoon in combination with a total lunar eclipse on September 27.

The total eclipse will last an hour and 12 minutes and will be visible to North and South America, Europe, Africa, and parts of West Asia and the eastern Pacific.

Earth’s shadow will begin to dim the supermoon slightly.

Viewers can see the supermoon unmasked after nightfall. The total lunar eclipse will mask the moon’s larger-than-life face for more than an hour.

“Because the orbit of the moon is not a perfect circle, the moon is sometimes closer to the Earth than at other times during its orbit,” said Noah Petro, deputy project scientist at NASA’s Goddard Space Flight Centre in Greenbelt, Maryland.

“When the Moon is farthest away, it’s known as apogee and when it’s closest it’s known as perigee. On September 27, we are going to have a perigee full moon – the closest full moon of the year,” he said in a statement.

At perigee, the moon is about 50,000 km closer to earth than at apogee.

That distance equates to more than once around the circumference of earth.

Its looming proximity makes the moon appear 14 per cent larger and 30 per cent brighter in the sky than an apogee full moon, which sparked the term supermoon.

“There’s no physical difference in the moon. It just appears slightly bigger in the sky. It’s not dramatic, but it does look larger,” Mr. Petro added.

Despite its rarity, Mr. Petro said the event is not cause for concern.

“The only thing that will happen on Earth during an eclipse is that people will wake up the next morning with neck pain because they spent the night looking up,” he said and chuckled.